Beer with a purpose

We try to take you by your hand and walk you out of your comfort zone. We do not agree with beer just being a yellow fizzy stuff in a pint glass. Our beers are full of flavors and aromas. Our beers require attention. They wanna be understood. By choosing us you choose to find something new. New pairing with food? New soundtrack to your mood or weather behind the window? We’re always happy if you’re surprised.

Brewed by style, not the name

No fancy names. We make beers by style and we name them by style only so you always know what’s in the bottle. It means that every single time we brew, we use what we have on hand. It came from home brewing tradition and our biggest joy is sticking to that. Yes, flavors can be different every single time and yes we always depend on crops and seasons of the year. And for that we feel blessed.

We work hard to put these amazing flavors into our beers. We see no purpose to ruin everything by filtering or pasteurizing our product. All of our beers have live yeast in it. How do we manage to keep our beers fresh? We are obsessed with cleaning and we always choose the best and the freshest ingredients available.

“Sakiškių alus” is a Vilnius based microbrewery that grew out of the idea of homebrewing. The intention was simple – hand made modern beer, brewed in a hand built brewery. Former homebrewer and now the owner of “Sakiškes Brewery” Linas Zakarevičius was the one who came up with this idea. The first premise was built in the Sakiškes village, close to Vilnius. At that time, the entire brewery could fit in a 80 square meter double storey carcass house. It wasn’t much for a production brewery, but in this hand built facility Linas’ ideas become reality from grain to glass, using the equipment that he designed himself. Starting from scratch it took more than half a year to put everything together. Linas’s happy he’s got dedicated friends who helped him on the way. But the very special commitment was given be his dad. He was the main helper to raise those walls and put the roof on top of them. He gave up his annual holidays by helping his son to fulfil his dream.

Time has passed by and production has grown up to a level that in the beginning of 2020 we said bye to the village and moved to the city. Now our production is located in a 400 square meter area, in a historical factory that we call Dūmų fabrikas. In the outskirts of Vilnius, in Naujoji Vilnia district, Dūmų fabrikas became not only our brewery, but also cultural venue. We are now happy to add to our beers, a high level of cultural touch. 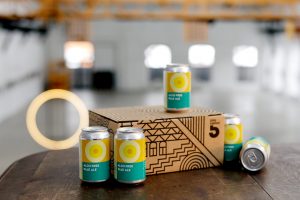 We are extremely happy to announce about enormous changes that will soon be noticed by our clients and final customers ...
Read More 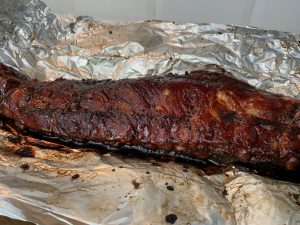 Pork ribs belong to the holly trinity of the BBQ along with beef brisket and pulled pork. When we usually ...
Read More 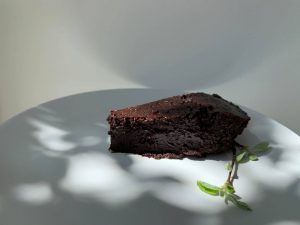 Sweet, dark and full of character. Something that you do not need a lot to feel the full flavour. It's ...
Read More 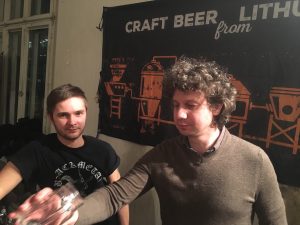 Thank you Metenis! We’ve spent a nice weekend in Riga.

If you follow us on social networks you've probably noticed  that we have spent our last weekend in Riga. Metenis craft beer ...
Read More 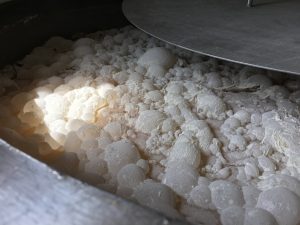 Sir, do you have time to talk about the beauty of lactic fermentation? We're one of the first breweries in ...
Read More
Loading cart ...