Bochet is a French word for caramelised honey mead. Technically it resembles traditional Lithuanian Keptinis beer style, that is brewed by baking your mash in an oven until it darkens and caramelises. In this case the same happens with honey.
To make this barley Bochet we used 300 kilograms of honey. The honey was boiled until it reached its liquid state and we did not stop there. We continued boiling it until it started bubbling, black smoke appeared and its volume increased 8 times. It started looking like tar but had a pleasant smell of smoky honey and caramel. At the end of the caramelising process the honey reached 125 degrees Celsius. Further caramelisation was prevented by diluting it with some pale malt wort that we have prepared in advance. No hops or other spices were used in the boiling process. Wort gravity was so high that the fermentation could only be completed by champagne yeast.
This tough work was awarded by the final result – a gently carbonised, sweet barley and honey mead hybrid. We used only light honey and pale malts but caramelisation turned it into brown / deep amber colour beverage. On the nose it carries some beeswax notes and flowery aromas. In the taste it has some light acidity from champagne yeast fermentation, and some deep toffee notes. Due to its full body and sweetness, serious ABV is well masked under the bold taste. 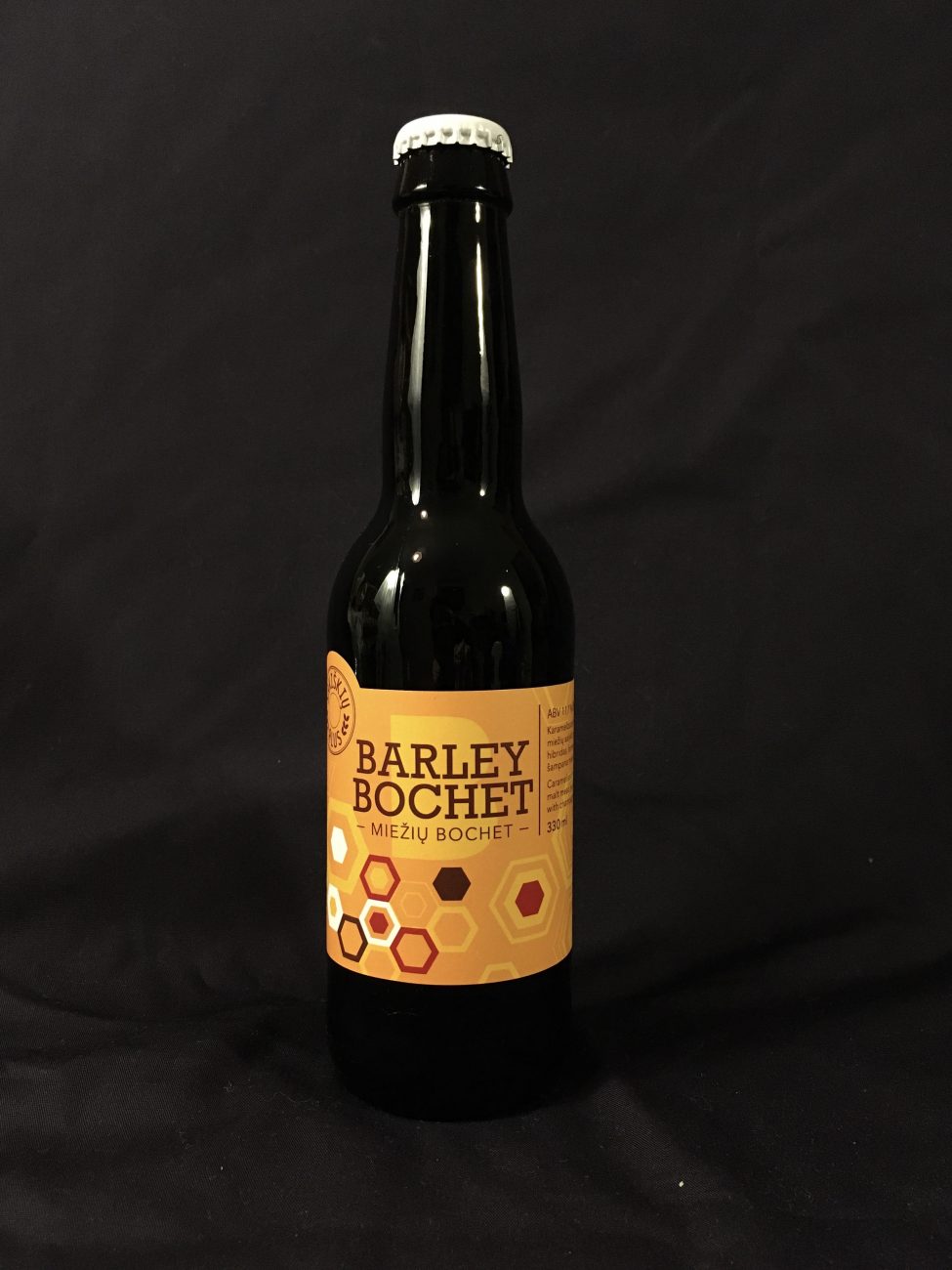