This beer was brewed in collaboration with Italian craft beer legends – Birrificio Italiano from suburbs of Milano. We had this idea of somehow uniting Lithuanian and Italian beer tradition in this one product that we were about to produce together. For that reason we have chosen to brew Keptinis, which is authentic Lithuanian beer style. Unique thing about Keptinis beer is that you bake your mash in wood – fired oven for at least 4 hours. Large percentage of water evaporates letting the mash to caramelize from high heath. This method creates darker wort from pale malts and adds some caramel toffee flavours and aromas to final beer. We have also converted our lautering tun into hop – back and circulated our wort trough Italy grown Cascade and Emilia hop cones , hoping to get some light citrus and flowery notes out of it.

We have been thinking about a collab beer with Dundulis brewery for some time. They are considered to be craft beer pioneers in the Lithuanian beer market. Dundulis brewery is also well known for brewing historic traditional beers using authentic ingredients and techniques. Therefore, as soon as we started talking about a collab we knew we want to brew Keptinis. Keptinis beer is an old school authentic Lithuanian dark beer style. The tricky part is that it’s made entirely out of pale malts. So how do you achieve a dark color and toasted caramel toffee character? You put your mash in an oven, bake it for three to four hours and let it become dark and caramelized as it cooks. The only problem left now – you need a really large oven to fit all your mash if you are making large amount of Keptinis. We baked our part in our wood fired pizza oven. Dundulis guys baked their part in a bakery, based in Panevėžys (Northern Lithuania). We then put our baked mash together and brewed some Keptinis. We brewed this beer from Lithuanian malt and used high-temperature fermentation with authentic Northern Lithuania countryside brewers yeast. To leave a trace of Sakiskes brewery in Keptinis, we infused this old school beer with a modern twist by lightly dry hopping it with some fruity hops. 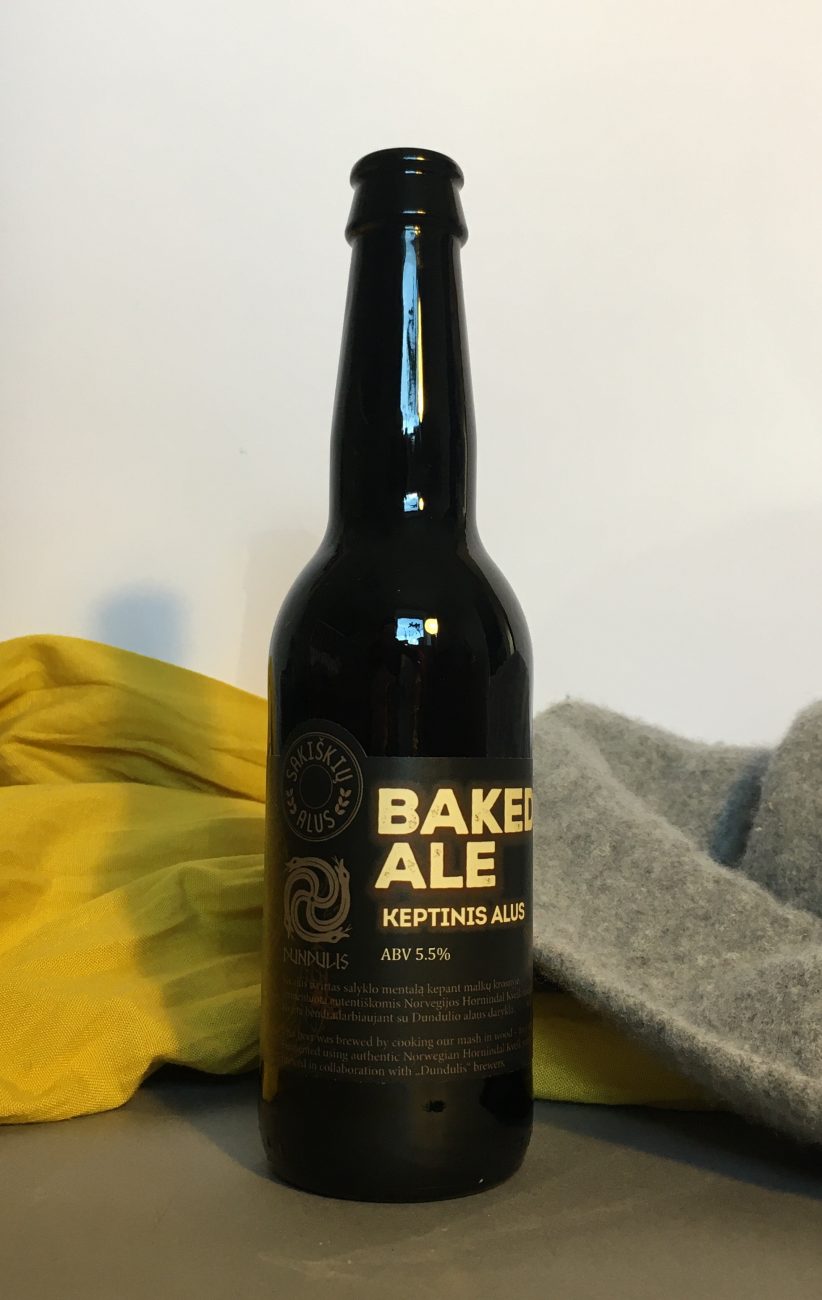