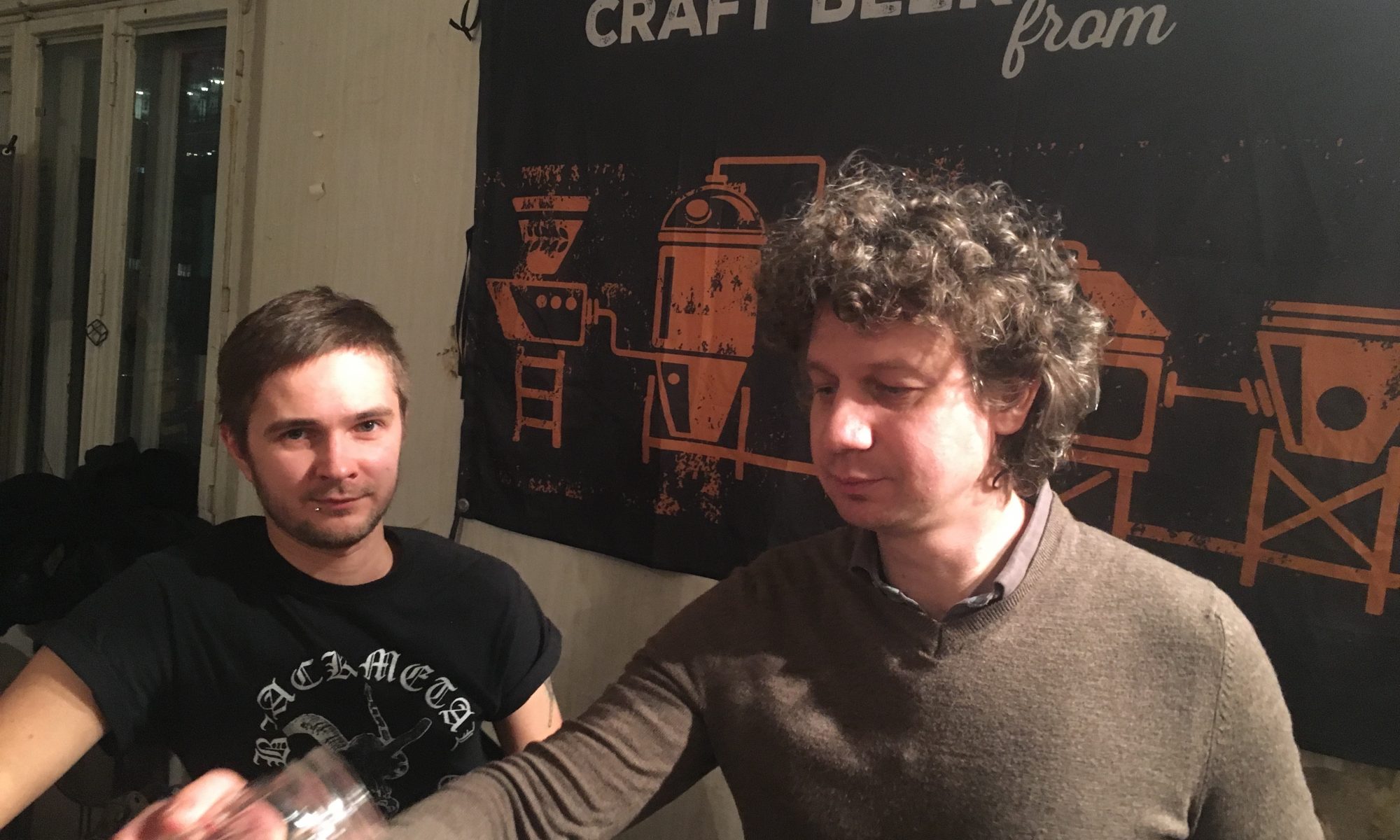 If you follow us on social networks you’ve probably noticed  that we have spent our last weekend in Riga. Metenis craft beer festival was a blast and we were one of the 13 participants from the Baltic states, Norway and Netherlands. Stepping into it’s fourth year Metenis has grown from one day event to two day festival. The only thing that has not changed since the beginning – it’s organised by  Labietis – Riga based brewpub.

All of the brewers have started the festival one day before it’s scheduled time. We were invited to come to Riga on Thursday. Labietis has organised a nice cozy dinner for the brewers with some short briefing on the event. After the dinner everyone was invited to Labietis brewpub. The night got into full swing. Discussions about brewing business, recipes, collabs has filled the air and lasted whole night.

As Friday event was scheduled for 5 PM we have decided to go and see brand new Labietis brewery. Yep, these guys were known as a brewpub, but not any longer. Recently they have opened a production brewery in Riga’s suburbs. Guys can now produce about  1800 ltrs of fermentable wort at a time. They have three unitanks 3600 ltrs each. Three more are coming in May. Guys started kegging into Keykegs and bottling with they brand new Meheen 6 heads semi auto filler. At the same time they still brew on their old pub system but these beers are meant to be served at the pub only.

The first day was completely sold out. This meant an extremely busy evening for us – the brewers. Talking about people, the second day was a bit more quiet. But there were songs sang all day long. People were dancing and performing traditional Latvian Mardi-gras rituals. Surprisingly, somehow it did not clash with modern brewing traditions presented by brewers at the festival. Thank you Reinis & Edgars for inviting us. We have spent some really nice time in Riga. Our beers were accepted pretty good with kegs of Raspberry gose and Passion fruit tart pale to be kicked first. Wanna taste our new Tart pale in Vilnius? Do not forget about our Sweet&Sour event this Friday!